Urbanization is a historical process that population migrates from rural to urban areas. An increasing number of people work and live in cities and the number of city is also increased. China’s urbanization has developed for nearly 70years. It brings a series of positive and negative impacts. Food security is one of the important affects. The definition of food security has been changed several times. The final report of the 1996 World Food Summit states that food security “exists when all people, at all times, have physical and economic access to sufficient, safe and nutritious food to meet their dietary needs and food preferences for an active and healthy life”(The Rome Declaration on World Food Security, 1996). The concept has been in the evolving for 20 years. However, the basic content is still in order to ensure people around the world have the right to get the minimum nutrition. 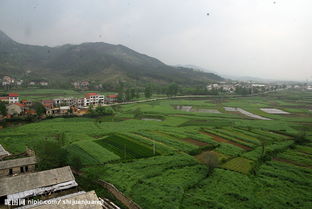 Food is a livelihood of strategic materials. Food security is an important basis for national security. China is a populous country. How to keep everyone has enough food is a serious problem. As the development of urbanization, the problem of food security becomes more prominent in China. Firstly, natural population growth brings pressure to food demand. China cannot rely on international market to fill the food gap. There are too many people need assistance from world. China should be autarky to solve the grain problem. Secondly, the speed of urbanization develops faster and it makes the cultivated land resources become less. The rural land resources and agricultural labor force reduce gradually as more people move to cities. These two reasons make food security problem becomes more severe.

There are five stages of urbanization of China from 1949 until now. The first stage is from 1949 to 1957. During this stage, the relationship between agriculture and industry was coordinate. The speed of urbanization was rapid and suitable. When it turns to the second stage (1958-1960), the development of urbanization was too fast and rushed to economic development. The proportion of industry and agriculture was imbalance. The third section was counter-urbanization stage. Much urban population returned to rural areas. The proportion of urban population decreased with the growth of the total population. During the forth stage from 1966 to 1977, urban and rural population exchanged frequently. There are two reasons. One is because of the Cultural Revolution. Many citizens were required to countryside to develop villages. Another reason is that some enterprises and institutions in cities provided many opportunities to rural people at the same time. The final stage is from 1978 until now. There was a big event in China in 1978. It was Reform and Opening. Reform and opening has promoted China’s economic development greatly. The amount and scale of city become larger and larger. Simultaneously, the amount of arable land becomes less and less.

It has to admit that urbanization could promote economic growth and improve people’s living standards. However, the food production fluctuates drastically. The per capita food production reduced and food security problems increased. What’s more, the area and quality of arable land were also declined. The amount and quality of rural labor force were not enough. Although the per capita food demand dropped, the total demand rose. A large number of farmers left the original cultivated land and abandonment problem were getting worse. Chinese food imports increased gradually, so that this populous country’s food security compromised. It is not conducive to China’s national development and political stability.

Urbanization brings two immediate impacts to agriculture: the significantly reduce of agricultural population and land. The indirect effect is it could raise the level of agricultural modernization. The most essential meaning of urbanization is the decrease of agricultural population. It means the people who move to cities change their identity from producer to consumer of food. There will be fewer farmers in the fields to grow food. It is worth mentioning that the people who migrate to cities are always young people and the remaining are the elderly and children. The quality of labor force will be weaker than before. After 5-10 years, the main grain producing areas of the workforce will successors when these old people can not labor. As a result, the pressure of food production becomes greater.

However, urbanization could not only bring negative effects, but also positive effects. The improvement of urbanization’ level could add food production and ease the pressure of food security. As the level or urbanization improved, the level of economic development would be higher, than, the level of modernization would be higher. At last, the technological advances and productivity levels would make a great contribution to agriculture. To sum up, as the obviously reducing of agricultural production elements such as land and labor and the unobtrusively increasing of agricultural modernization, the negative effects of urbanization is greater than the positive benefits in short term. However, when urbanization develops into a certain stage, it will no longer pose a threat to food security. Conversely, it will be beneficial to solve the problem of food security in long term.

If further attention by senior Chinese focus on rural labor shortage problem, with the positive energy to enhance the country’s economic strength and the re-integration of rural land resources, doing intensive large-scale farming, achieving economies of scale and agricultural mechanization of agriculture in China, it will be conducive to rural urbanization, large-scale development. It protects the food security and social stability of the country. In turn, the development of rural modernization would be more labor surplus, this surplus labor will further promote the size of China’s industry and promote further improvement of urbanization.