In such a developing world with the continuous concerns about food safety, natural food is praised highly worldwide. However, the word “natural” is over-amplified, and even become a standard to measure food quality for lots of people. The U.S. Food and Drug Administration (FDA) has considered the term “natural” to mean that nothing artificial or synthetic  (including all color additives regardless of source) has been included in, or has been added to. Because of the attraction of health benefits and safety, natural foods are becoming increasingly popular. Whereas are all the natural foods considered to be safe? The answer is no. 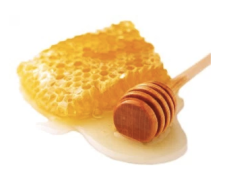 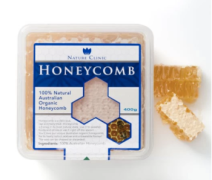 The first example is honey. Raw honey with comb is considered almost certainly natural honey and publicized that contains abundant nutrients which is good for health. Ordinary consumers do not have much professional knowledge to discriminate how natural the honey is, so that they rely on eyes and smell to choose raw honey. Basically, honeycomb is raw honey in its most natural form. However, raw honey is not as healthy and safe as business propaganda. The following shows the risks of raw honey in detail.

Honey is a representative of bee products, which is consumed as food and medicine and their contamination may carry serious health hazards. It can be polluted by varieties of sauces, including heavy metals, pesticides, antibiotics, bacteria and radioactive materials from both environment and beekeeping practice.

Pesticides residues include insecticides, fungicides, herbicides, and bactericides. The use of these chemicals inside beehives has a direct contamination of honey, which may lead to genetic mutations and cellular degradation. Moreover, the pesticides have the ability of bioaccumulate in human body over time. Antibiotics are used to control bacterial diseases in the practice of beekeeping, for example oxytetracycline, erythromycin and lincomycin. Antibiotic residues may cause allergic or hypersensitivity reactions such as cutaneous eruptions, dermatitis, gastrointestinal symptoms. The presence of botulinum in honey is caused by a variety of factors, such as pollen pollution, dead bees, etc. Honey can contain botulism spores and when they release the toxin that can poison especially infants. The toxin affects the nervous system, which causes muscle weakness, difficulty breathing and even die. Therefore, it is essential to sterilize raw honey before the products to enter the market. 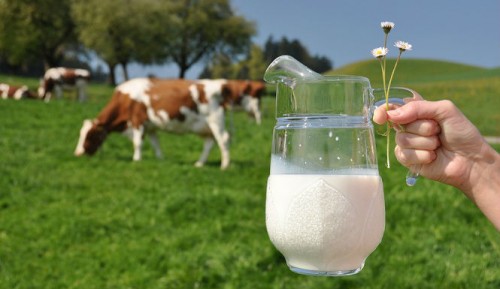 Another debate is related to raw milk. Proponents have stated that there are benefits of raw milk, including undestroyed nutrients. While medical communities have claimed that it is unsafe to drink raw milk, which is produced directly from cows or sheep without pasteurized. The FDA and the Centers for Disease Control and Prevention (CDC) had warned consumer there potentially contains varieties of harmful pathogenic bacteria in raw milk. For instance Salmonella, it may cause diarrhea, fever, and abdominal cramps.

In addition, veterinary drugs and feeding additive residues are also factors that influence the quality and safety of milk. Similarly, thermal treatment remains the most frequently used and most effective method to increase the microbiological safety of milk and without changing the value of nutrients in comparison of raw milk.

The third example is oil. Many families are keen on pure and natural oil that is considered to be natural and healthy, using small oil press machine for producing oil by their own.

However, this kind of oil that direct squeezing out of the peanuts or rapeseeds is contaminated by heavy metals, free fatty acids and even Aflatoxin before refining. Its safety is completely questionable.

2. The hazards of Sulfur compounds. This focuses on rapeseed oil particularly. According to Wijesundera‘ s research, crude Canola oil (rapeseed oil) had the highest sulfur content (25.0 mg/kg) compared with marine oils (5.8-15.2 mg/kg) and the non-Cruciferae vegetable oils (2.0-6.1 mg/kg). Sulfur compounds could stimulate the mucous membrane on human, leading to the thyroid enlargement and growth slowly. The most of sulfide contained in rapeseed oil can be removed by refining, it is therefore essential to have the refining process for rapeseed oil.

3. the hazards of aflatoxin. Peanut is susceptible to the contamination of aflatoxin. It is a toxic fungi which mildews fats. If moldy peanuts are used in pressing oil, the highly toxic metabolites will be produced, that is: aflatoxin with carcinogenic effects.

Some people might ask the question that if I purchase the oil press machine and select the high quality of oil seeds all by myself, could I obtain the safe edible oil? Obviously the answer is no. It is hard to prevent harmful elements from the processing environment at home. Furthermore, potential mildew substance such as aflatoxin cannot be seen by naked eyes when selecting the oil seeds.

In conclusion, not all the natural foods are safe. Safe food is mainly determined by contents in them rather than considering natural or processed. Some foods contain toxins in their raw form that there are less toxic once cooked, for example red kidney beans, cabbage and related vegetables. It is impossible to have zero-risk foods although  from nature, so that how to improve food safety is the challenge for the combination and cooperation in the fields of scientific, public health, education and bussiness. In this aspect, the safety of processing food is easy-controlled than natural food.