Being a slave to my sweet tooth comes with some challenges! I regularly fancy a dessert after a meal or sweets pretty much whenever I can get my hands on something. How many times in the day do you fancy a specific food or snack? Is it truly a necessity? We so often satisfy your cravings without stopping to consider how lucky we are to enjoy this luxury which isn’t an option in other parts of the world.

Since 1970s international organizations have addressed an important question ‘Is food consumption a human right?’ And if so, who is responsible for ensuring provision? ‘Food security’ has the objective to “feeding the world”. The World Food Summit of 1996 declares food security is accomplished “when all people, at all times, have physical and economic access to sufficient, safe and nutritious food to meet their dietary needs and food preferences for an active and healthy life”

This definition includes complex and flexible concepts that are subjective and will be understood in different ways by different people. In the light of this statement we should ask, is Mexico a country with ‘food security’?  Definitely not!

For a better understanding of Mexico´s food insecurity and to put things into perspective, let us explore Mexico in comparison with the UK.

In Mexico, the ‘canasta básica’ includes 80 goods and services to satisfy the basic needs of a family such as eggs, milk, tomatoes and tortillas. This year the canasta increased 30% on account of the rise in the price of petrol. At the same time the minimum salary increased 7 pesos (0.26£), not even half of the increase on the basic goods.

Here is where I wonder “how can Mexico face these challenges related with food insecurity and at the same be 2nd place worldwide in obesity?” 32% of Mexicans are overweight whereas studies affirm that 26% of British citizens are overweight, ranking them at the 6th worst country for this issue. While the UK attains the 4th place of countries investing in nutrition, 93 million USD per annum; Mexico has high rates of malnutrition, as an example 14.4% of women aged 15 to 49 years are anaemic and the country does not have investing in nutrition high on its list of governmental priorities.

Whereas UK wastes 15 million tonnes of food every year, there are rural communities in Mexico suffering food insecurity and living a different reality.

The reality in Mexico can hurt sometimes. Mexico has poor distribution of wealth and a large disparity in income. The richest are almost fourteen times richer than the poorest. Different social classes have different access to food and livelihood opportunities and rural communities are affected by a system of discrimination and injustice.

Being a volunteer in rural communities gives a individuals a front line understanding of the difficulties that the statistics often do not adequately present. The community ‘Maravillas’ (Wonders), two hours from my hometown city, has 180 habitants. This small community makes a living from agriculture and farming, some men work in construction while the women are responsible for domestic affairs. Families live from one day to the next in a state of insecurity and irregular income. As a consequence the quality and amount food eaten widely varies throughout the year . Their regular nutrition comes from corn, beans, cheese, milk and some lucky ones eat chicken or beef once in a while. The families in the community are supportive of  each other and try to supplement families in difficulty if they have the means to do so. Although this community is very poor they are willing to share the little they have with others.

(If it jumps, runs or flys, goes to the casserole!) 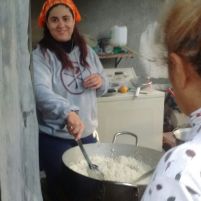 One day during our work in the community we were invited to Doña María´s house where a feast awaited us. After eating large portions of ’mole’ and rice, after a week we were provided with meat. One of the guys asked Doña María which kind of meat we were eating and to our surprise we found out that what we had before was field mouse! Even though it was a little disgusting for some of us to realize we were eating rat, we couldn´t do anything by then. But upon reflection we realised this poor family could not sustain 12 people using expensive meat. This was their only option and one can understand their need for the nutrition meat provides, even if it comes from rodents. This helped us understand the desperate state of these communities,

It is well known that men have a different status to women in Maravillas. Women eat little amounts of food in comparison with their partner because they stay at home and burn less calories than working men. Also, women prefer to satisfy the needs of their children before their own. During some seasons of the year the local government offer support with feeding programs for children during school time, but for the children not attending school this is not an option.

Children from the community 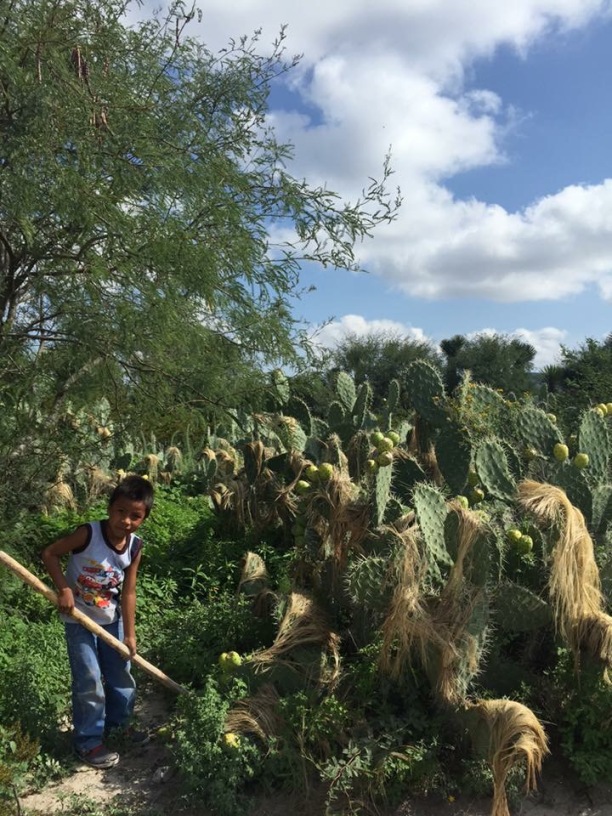 Clearly in Mexico not “…all people, at all times, have physical and economic access to sufficient, safe and nutritious food to meet their dietary needs and food preferences for an active and healthy life”.

As citizens of a country we demand that our government provides opportunities for individuals to lead better lives. But should government be the only party responsible? As a civil society we can promote initiatives to pursue a more equitable food distribution system and solve not only our own immediate problems, but be an example as global citizens to the rest of the world. If young Canadians are investing in food justice around the world, why aren’t we?

People are hungry now, we need to make changes immediately!