Sustainability is at the forefront of global development ambitions; however, this has the ability to augment the priority of other social and environmental concerns. This blog will address how transitioning to a sustainable food model damages UK food production in the short term (focusing on food loss), while offering enlightenment and solutions to diminish these disputes.

In its essence sustainability enacts meeting needs of the current population without jeopardizing the ability for future generations to meet their needs. In brief, this means accessing the earthly resources without degrading them.
Sustainability is a buzz word amongst global construction and development organisations with most postulating their sustainability approach. However, due to the uninterrupted agricultural cycle and human need for food, food sustainability operates differently to the popularised sustainability approaches.

A sustainable food system is one that addresses social needs, food trends, demands and welfare alongside economic opportunity with integral consideration for environmental ecosystems. The FAO understand food sustainability to stand on five main pillars, documenting the key goals to achieve sustainability within the main areas of the food production system

Food waste is typically divided in two bisects; consumer based and Commercial food wastage. Consumer based food waste is undeniably indoctrinated into our understanding of food waste, partly as a tool by companies to relinquish themselves from public moral judgement.
Secondly is Commercial food waste/Food loss, detailing the proportion of food that is lost within the agricultural, manufacturing, processing and distribution food practices and our main focus of this blog. Commonplace examples of this include, knobbly vegetables excluded from supermarkets, or contaminated processed meat.

It is key to mention at this point that, at present food waste is not widely understood to be involved within food sustainability goals. In theory, current food sustainability understandings allow for significant food waste providing that this does not impact the overall success of the food system in achieving a continuous cycle. Thus, the two phenomena are not mutually exclusive, allowing an area to be both sustainable and wasteful simultaneously.

Sustainability in the current system

The UK may be one of the few agricultural food producers not involved in Mega farm activity, restricted largely due to topographic issues rather than want. However, the ethos of large scale farming has not overlooked UK shores, in the form of factory farm practices.
In order for a farming practice to be sustainable the biological system within which it operates must also be. In the case of UK farms continual withdrawal of topsoil nutrients has led to the need for chemical reconstruction via pesticides and supplements. Not only do these synthetic additives portray a system of reckless earth management but are also symptomatic of the social pressures farmers are under to produce higher yields and more aesthetically pleasing foods forcing them into monetary, environmentally and socially unjust and unsustainable farming practices. In general food unsustainability is resultant of inefficiencies or chronic procedural issues that are habitual to factory farming.

For the purpose of investigating how British food producers balance food sustainability and waste Loch Erisort, Isle of Lewis will be used as a case study.

Loch Erisort is a large-scale factory farm in Scotland annually producing 179,022 tonnes of salmon for the global market, 60% of which is directed to the UK consumer. Subsequently, high demand and intention for better quality product meant the Scottish salmon industry was targeted to improve its sustainability, by policy makers, consumers and regulating bodies. In response, Loch Erisort aspired to amalgamate wild salmon into wildlife-friendly pens, in an effort to create a healthier environment for fish and increase biodiversity via the utilisation of nature’s immune system. 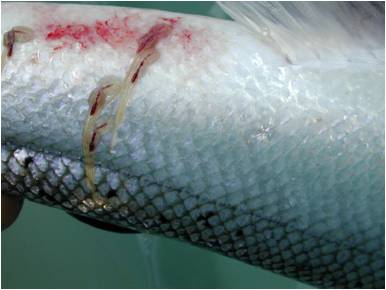 However, under these circumstances, the introduction of foreign bacteria led to outbreaks of sea lice and disease, salmon were regularly unfit for the food market or fatally unhealthy resulting in 1500 tonnes of salmon being lost annually. In 2016 over 125,000 salmon were disposed alongside the removal of all salmon farming processes until the habitat has biologically recovered.

In Lewis, farming processes were subject to market and regulatory interference aiming for better food processes for all. Haphazard planning and interference from other bodies in an attempt to reverse previous deviation from natural wild fishing processes meant this was unsuitable, and the attempted transition subsequently resulted in huge commercial food loss.

Although it is generally agreed that unsustainable food processes in the UK must be changed, it is important to understand the risks associated with an inappropriate transition approach, the most poignant of these being food waste. At present UK food systems stand so opposed to natural processes that simple amalgamation was devastating for both natural and synthetic avenues. 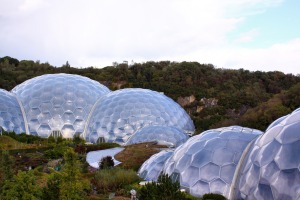 In an effort to appear constructive this blog has identified three main ways to avoid unnecessary waste within a transitioning food production system.

This blog concludes that in order to effectively transition to sustainable food processes in the long and short term, human technological advances must be utilised in line with Boserup’s model of human ingenuity, whereby technological advances meet demand via changed resource management or discovery thus create sustainable systems suitable to purpose. Reverting to more naturally aligned methods have the possibility to be more challenging and risky, while equally as successful as moving to the future.

One thought on “Swimming Upstream To Sustainability”